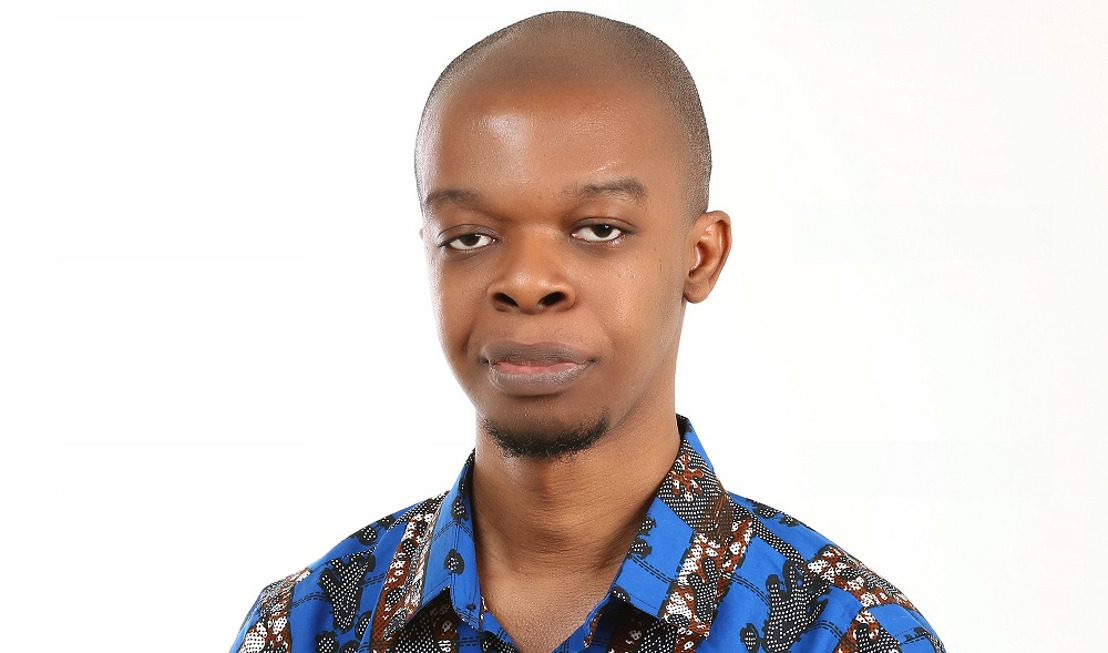 Ghanaian freelancer Godwin Delai Adadzie lives in a country where he says many people face significant challenges to making ends meet, and where even those who do have a job, may still be living under the poverty line.

"People here in Ghana struggle a lot to survive daily," said Godwin, who's been a freelancer for about eight years. "I feel it, and it hurts me, so I do all that I can to help as many people as possible."

Godwin, who goes by Iamgadel on AnyTask, says that he has also faced many struggles because of widespread poverty and unemployment.

In Ghana, about 25% of the population (30.7 million) lives under the poverty line, and 14% or  4.4 million people live in extreme poverty. Unemployment is 9.2% and the daily minimum wage is only US$2.16, which is merely 26 US cents above what the World Bank defines as living in extreme poverty.

Godwin is a web designer and development, which he also provides via his platform Ananse Online. Iamgadel is also an animator, including in 3D, and does social media marketing. He holds a BSc in IT, and provides web app development. He was an IT Tutor at a reputable high school and a web developer and social media strategist at a leading IT firm in Ghana.

However, Iamgadel, 34, left his job in 2012, when he realized that he could aspire to a more promising future by freelancing.

Freelancing on AnyTask, the right solution

“I believe one good way to help is by recommending people to get involved in freelancing,” he said. “I’ve shared my experience with as many people as possible so that they see the benefits. And I honestly believe AnyTask is the right solution.

He empahasized that "people should be thinking of freelancing rather than working in very demanding jobs. Parents should incentivize their children to hone digital skills rather than see them work at a warehouse or a construction site or farm.

“Freelancing is very enjoyable, relaxing, a privilege because you can work from home or wherever you feel most comfortable. You also save time and transportation costs."

'For me, AnyTask is better than Fiverr'

"When I decided to transition into freelancing, I tried many different platforms, and found Fiverr to be the best option, although, frankly speaking, Fiverr does not move me that much," said Godwin. "I have done very well for myself by promoting my freelance work via social media.

“That is, of course, until the launch of AnyTask,” he said. "This platform does not charge freelancers any fees unlike others that charge you 20%.

"Let me give you an example: I convert photos into talking animation videos or I make an Amazing 2D or 3D animated avatar of you and make it speak whatever you want, and my price is US$25," he said.

"If I were to sell one of these tasks on Fiverr, I’d have to pay them US$5 for each of those tasks and then another small amount to PayPal. So, I end giving away about US$6 of my earnings to them. You know, in my country, it takes at least two and a half days of hard work to make those six dollars.”

Godwin explained that getting paid swiftly is also very important for those who live on a day-to-day basis.

"For them, it’s frustrating to have to wait up to four weeks to get paid, because that's how long it takes on Fiverr in Ghana,” he said. “Sometimes, you're simply in urgent need of money to pay for mobile phone top-ups, electricity bills and food, which you can do with ETN.

"On AnyTask, your payment happens minutes after your client approves your task. It would be foolish not to take advantage of AnyTask to earn an additional income," he said.

On AnyTask, both buyers and sellers are protected 100%. Its escrow system protects everyone, and any refunds go straight back to their payment card. And its dispute system is arguably the fairest in the industry and customer service is available 24/7 and all inquiries are dealt with within 48 hours.

Godwin says it is crucial to listen to clients. Learn from them. Receive their feedback seriously and accept criticism to improve.

"You have to convey to your buyer the confidence you have in what you do," he said. "It is a gradual thing. You have to be patient. However, once you start getting traction and people start recognizing your talent, they start recommending you and your client list grows, and they keep coming back for more, and suddenly your future looks more promising."

'What I do with ETN'

"I've sent mobile airtime and data via the Electroneum app to friends in Nigeria that are in dire need of assistance," he said. "I have always been about sharing both materialistically and spiritually with those who needed most."

Godwin said he also uses his ETN for rent, food, and other everyday essentials. "To me, this is simply marvelous. And because I believe in Electroneum and see it as a solid project, I ‘hodl’ as much as possible. It's for the future as well.

"I want to reiterate my message to all those who are struggling to live their daily lives: Go to AnyTask.com now and register to start earning an extra income and ultimately, live off of freelancing entirely, but remember, freelancing is not a get rich scheme, it is a way to make a very decent living," he concluded.

Having attracted more than 4 million registered users in just under three years, award-winning Electroneum is making great strides toward becoming a top then crypto in usability as just over 1,900 merchants, and service providers in over 170 countries around the world accept ETN as payment. More than 2.6 million app downloads have taken place. Approximately 194,000 mobile top-ups and nearly 300,000 app-to-app transfers have taken place with ETN by our Electroneum users. AnyTask is Electroneum's global freelance platform and has seen over 465,600 people register to the website as either buyers or sellers, with about 7,500 tasks listed. AnyTask does not charge freelancers any fees or commissions, and unlike all other leading freelance platforms that take up two weeks to get freelancers paid, it takes minutes to get paid after the buyer approves a task. Electroneum is one of the world's first fully KYC/AML compliant cryptocurrency. It is also one of the few blockchain networks that are insusceptible to a 51% attack. It is one of the greenest cryptocurrency in existence and the only one to have launched its very own affordable US$40 smartphone designed for the needs of people in developing regions. It is currently the only cryptocurrency that has a direct collaborative agreement with two mobile network operators. It is presently the only crypto that works with NGOs as their trusted blockchain transaction validators. And the only cryptocurrency to allow for an in-depth examination for publication, and verification for public knowledge. Check out ETN Everywhere and ETN Donate.