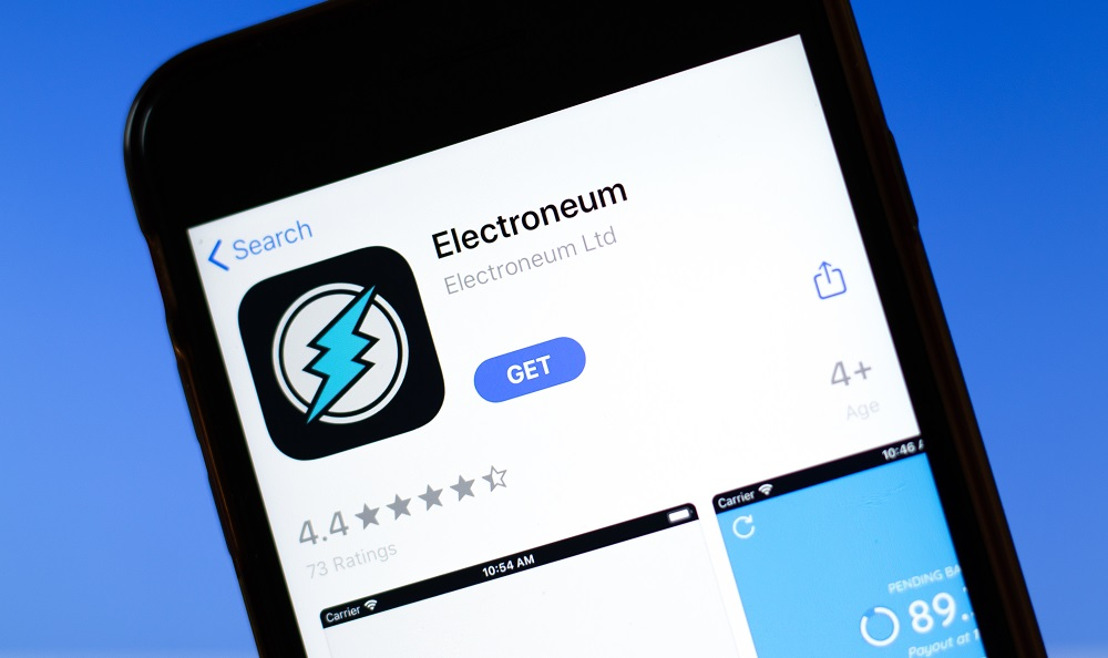 This past week Electroneum experienced an unprecedented number of new ETN app downloads. More than 9,100 new users got the Electroneum app. That means there are now 2,707,208 people using Electroneum.

Electroneum users also completed nearly 2,000 mobile airtime and data top-ups over the past week, increasing the total to 211,555.

AnyTask has reached a milestone of its own. Freelancers now have over 20,000 tasks listed on the Electroneum-powered freelance platform, which now has approximately 12,000 active freelancers.

The number of registered users has also increased by over 4,000 users. There are now 555,663 users on AnyTask, which demonstrates there is significant interest in the platform.

On Thursday, Electroneum announced becoming the first cryptocurrency to work directly with LockTrip, the European blockchain-based travel website offering discounts of up to 60% at over 2.1 million holiday accommodations in more than 190 countries.

LockTrip will list ETN as a direct payment option on 13 November when Electroneum's 4.1 million registered users can start booking flights and accommodation worldwide. Electroneum and LockTrip have agreed on a $1,000 giveaway on the day of the launch. More details on that date, so make sure you pencil in your calendar.

Officially, Electroneum's third anniversary is on 1 November. However, the marketing team has plans to "celebrate" it on Monday with an article covering the startup's major achievements throughout the past three years.

"We are thrilled to celebrate our third year since inception, which followed the largest ICO to date in terms of participants with 115,000," said CEO Richard Ells. "We've come a long way and have seen AnyTask come to fruition, and our user numbers continue to grow on a day-to-day basis."

Richard said Electroneum is experiencing real adoption of ETN, clearly indicated by companies that are increasingly accepting ETN as payment.

"Marketing and advertising are currently at the top of our list along with more crypto exchanges and more use cases for ETN, including off and onramps to benefit our users, particularly those who earn ETN on AnyTask," he said.

From the marketing team

AnyTask Marketing Manager Tanya Hardie said this week, the freelance platform's messaging service underwent some improvements, and more are on the way.

"We have also introduced changes to the look and feel of the website," she said. "You can now see the seller name and click through from each message and see the order details.

"Also, updates to the algorithm show users higher up in the search when they are online so that those seeking a quick turnaround to an urgent task can contact a freelancer instantly," Tanya added.

Electroneum Marketing Manager Jonathan Marriott said that things are ready to go live with mobile airtime and data top-ups in 19 more countries and electricity top-ups in one more African country.

"With new countries going live, we expect to have mobile airtime and data top-ups in a total of at least 152 countries and electricity top-ups in five African countries," he said.

Jonathan also said, "we are progressing well with our upcoming platform, on which millions more people will be able to earn ETN. We're currently building out the foundations and working with Amazon's services to implement some very cool integrations. We'll keep you updated as we go."

The team has discussed the many amazing GIFs Electroneum community members have created for social media posts supporting the UK-based crypto project.

"We love all the amazing GIFs that the community has been creating of late, so we've decided to launch a GIF knockout competition!" Jonathan said, announcing that he would have more information on this next week.

A word from Human Resources

"We've welcomed two new starters to our talented team of coders and programmers," said Mike. "One of the new devs team members will help with infrastructure, and the other is a full-stack developer with both a front and back end skillset. Exciting times!"

Mike also said that two more development professionals are scheduled to start working with the tech team in late November.

"And lastly, for now, we also have scheduled several interviews over the coming weeks for PHP developers and a marketing coordinator," he said.

Head of Tech Development Barry Last welcomed the new team members, saying they will bolster the team, which is particularly crucial because there is a significant increase in integrations as the business development team signs more agreements with other companies.

Barry concluded by saying, "we have resolved the tricky email issue for Electroneum users and are in the process of increasing our resilience to further interruptions in the future."

For those who missed the Richard Ells interview on Bloomberg TV and Fox Business, here is the YouTube version from US journalist Jane King.

In case you haven’t watched it yet, here is a very interesting interview by Digitspins’ host Dino Rentos with Richard Ells, who makes some very important revelations, particularly some related to crypto exchanges with US presence.

Here are a few of the top AnyTask videos produced by YouTubers from around the world: