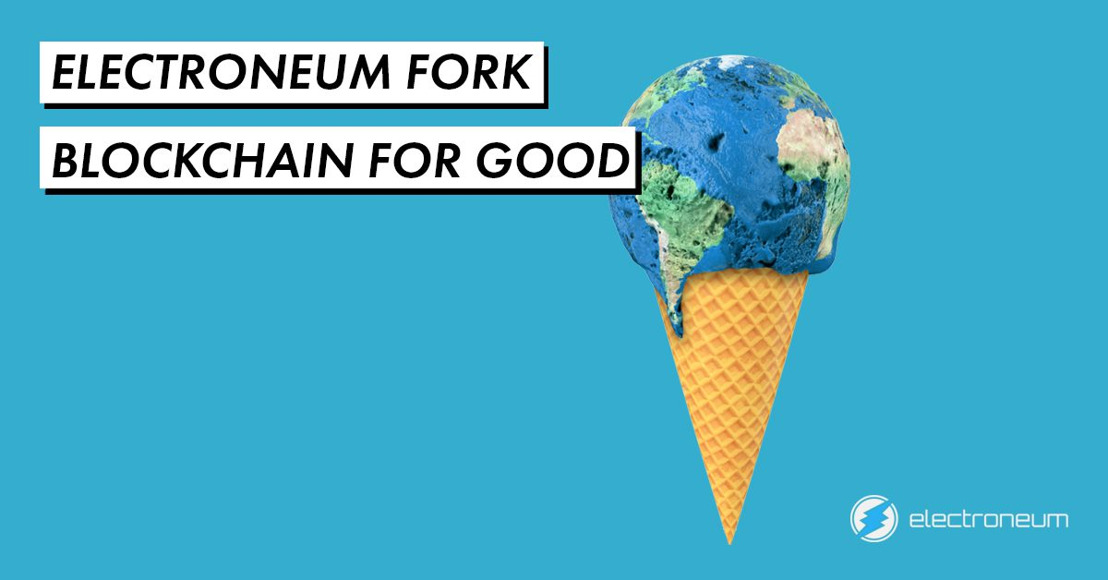 Electroneum has focused on progress and standing out in the crypto space and beyond through technologically disruptive developments since the launch of its highly successful ICO in September of 2017. As a result of the relentless creativity of the talented tech team, the time has come for another transformational software update. And because the update places Electroneum’s new Moderated Blockchain (a type of permissioned blockchain) at the same level as IBM’s Hyperledger and Facebook’s announced Libra network, it makes their cryptocurrency, ETN, one of the most secure and eco-friendly in the world.

The update means Electroneum has made a significant shift to its existing blockchain to introduce two new concepts. Electroneum’s new blockchain is known as a Moderated Blockchain powered by its unique Proof-of-Responsibility (PoR) system, which enables a wide array of benefits, including virtually becoming invulnerable to 51% attacks, increased scalability, and unlocking significant corporate partnerships.

This is especially important because Electroneum is increasingly becoming appealing to major companies as well as governments as it was the first to make their cryptocurrency AML and KYC compliant, paving the way to major corporate deals and partnerships with influential NGOs that will spur mass adoption and help improve the lives of many around the globe who are currently financially excluded.

Electroneum also prioritises sustainability and significantly reducing its carbon footprint. The Moderated Blockchain helps do just that as it allows for hash rates to be reduced by millions of times from various Giga hashes to under a kilo hash, making their ETN token, as of today, one of the world’s most eco-friendly cryptos.

Electroneum CEO Richard Ells says the unprecedented software update helps unlock a fantastic second half to 2019. “It makes our cryptocurrency virtually insusceptible to 51% attacks, whilst reducing the emission of ETN to miners by a massive 75%.

“The move to what we have coined as Proof of Responsibility (PoR) allows us to educate NGOs in our target regions about the benefits of cryptocurrency.” Ells adds. “Furthering the understanding of cryptocurrency by allowing the NGOs to directly benefit from the block reward has never been done – and it opens the doors to the NGOs using ETN on the ground directly with the unbanked and underbanked. Now that we are no longer susceptible to double-spend or 51% attack we can increase the speed of transfer on our blockchain, benefitting those who matter most: our users.”

The upgrade and 75% block reward reduction do not affect users nor their mobile cloud mining rewards in any way. They will all continue to receive up to US$3 worth of ETN every month.

However, the reduction in block rewards does affect those validating blocks on the blockchain with purpose-built mining equipment. Prior to the move, the large mining pools were receiving their block rewards and selling them directly on the exchanges. This will no longer take place.

When explaining the new Moderated Blockchain, Electroneum’s Head of Blockchain, Chris Harrison, says “we have created a clever and absolutely unique way to shield the validator’s private key00s from an attack or double-spend in the event hackers were to gain access to the miners’ servers.”

"Electroneum will have minimal interference, controlling only those who can mine on the network. This level of safety on the blockchain makes Electroneum more secure than all other decentralised cryptos by moderating the network and enabling early detection of hack attempts to prevent an attack from escalating.”

For those interested in the technical makeup of Electroneum’s PoR blockchain, the network still remains decentralised. Also, by hand-selecting a limited number of trusted miners, Electroneum is able to authenticate each miner using unique authentication keys, which can be switched off at any time, thus alleviating the risk of a 51% attack.

“In the unlikely case both a miner’s equipment and authentication code are hacked, Electroneum’s system will notify them of a potential risk, enabling them to shut down the miner almost instantaneously.,” Harrison says.

Electroneum’s announcement includes disruptive changes regarding validators as the new trusted ETN miners are NGOs, some of which will be disclosed in the coming days. They are aligned with Electroneum’s vision and goals to empower people in the poorest regions around the globe as well as improving their lives.

“Prior to our move to PoR, we consulted carefully with influential NGOs to gauge their interest in mining ETN and were astounded by the response received,” says Electroneum Chief Marketing Officer Conor Doyle. “Whilst these organisations will remain anonymous for now, they will go public with their mining activities soon, showcasing the amazing initiatives that have been made possible with ETN mining.”

On 13 May 2019, IBM wrote that “though anonymous public blockchains afford a number of powerful capabilities, they are not suitable for most enterprises, particularly those in regulated industries.”

IBM’s Hyperledger, which runs on a permissioned blockchain as well, has received tremendous support from global titans, including Walmart, Amazon, JPMorgan, Cargill, and many others.

Electroneum stands out for many reasons, such as being the only cryptocurrency firm to launch an affordable US$80 smartphone with enhanced ETN mining as well as helping financially-marginated people to live their lives on their own terms.

Therefore, as of today, Electroneum is one of the very few blockchain projects to join the likes of IBM and Facebook to develop their original and very unique mainnet, utilising authenticated miners in place of anonymous ones to guarantee their users, miners, and exchanges a 100% secure network.

Having attracted nearly 3.1 million users in just under two years, Electroneum is making tremendous strides towards its vision of mass adoption in developing regions: