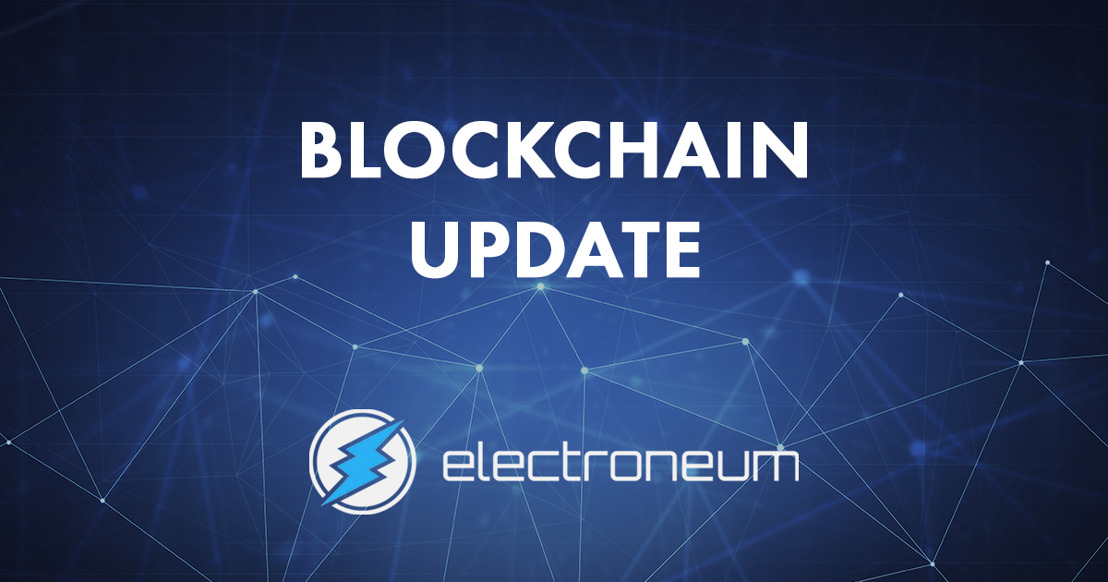 As part of Electroneum’s ongoing efforts to remain a blockchain and cryptocurrency leader in innovation, the Head of Blockchain Chris Harrison has announced a new network update mainly aimed at facilitating the integration of the Ledger Nano cold crypto wallet and increasing efficiency and functionality at crypto exchanges.

He also said the new version is available to download on Github Electroneum and clarified this is not a mobile app update.

The tech team at Electroneum has emphasised that the update is not a fork, which means that users are not required to implement the upgrade.

“However, implementation is strongly encouraged to benefit from improvements,” Harrison warned.

The head of blockchain explained that the key benefits of the upgrade are bug fixes, which will reduce network crashes and exceptions.

Other key features are the sub-addresses (additional Electroneum addresses of the same wallet private key) and wallet accounts, as well as improved wallet refresh times.

“This means that we are now able to have multiple addresses per wallet,” Harrison explained. “The original wallet address will just become sub-address 0 as of this update. And this (sub) address will remain the default wallet to spend from if no extra information is passed to the RPC transfer commands so users can continue spending ETN as normal without making any changes to their wallet if they wish to do so.”

Harrison went on to say that the CLI and RPC wallets will give ETN users the option to create as many of these addresses that they want and group them into accounts, which will enable the better administration of their funds.

Sub-addresses benefit crypto exchanges massively because it helps them organise their funds more efficiently, although all of them may not adopt this feature, Harrison said. The update also brings the Multisig messaging system to Electroneum.

“This allows a group of people to set up a server which acts to coordinate the multi-signing of messages by notifying remote participants and requesting signatures on transactions, reminding them where necessary and relaying completed transactions,” Harrison said.

The blockchain expert reiterated that the update is non-mandatory, but that he highly recommends it to ensure the best performance, security and to take advantage of the latest features.

Electroneum has focused on ensuring the security of their network, and after the significant blockchain upgrade of July 2019, their Moderated Blockchain, powered by their proprietary Proof of Responsibility protocol, it is insusceptible to 51% attacks. Thus, the Electroneum network is not only the greenest in existence but also one of the most secure.