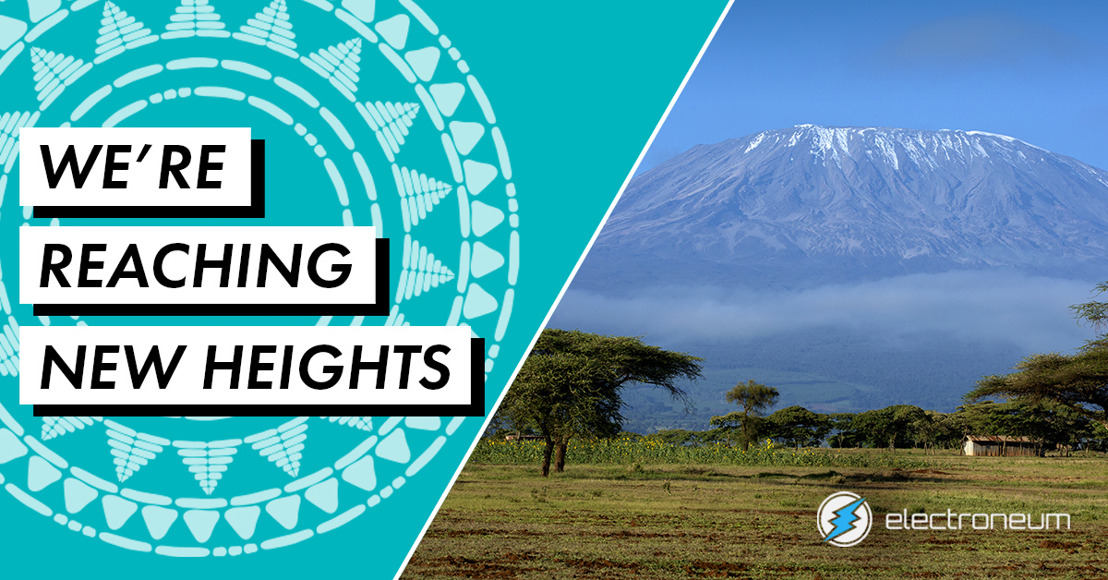 Electroneum is excited to announce that mobile top ups are now instantly available to ETN users in six countries as of today as it expands this service to Uganda, Tanzania, and Nigeria. Electroneum works with multinational third-party mobile airtime providers that enable ETN users to top up 15 of the biggest mobile network providers in the three African countries.

Electroneum users can now use their ETN to top up Africell, Airtel, MTN and Telecom in Uganda. In Nigeria, they have access to 9Mobile, Airtel, Glo Mobile and MTN. And in Tanzania, they can top up Airtel, Halotel, Smart, TTCL, Tigo, Vodacom and Zantel.

“We are pleased to announce the launch in these three African nations, where we see a clear opportunity to enable Electroneum users to top up mobile airtime through a third-party provider of the major mobile network operators,” said Electroneum CEO Richard Ells. “This is yet another step in our strategy to drive mass adoption.”

Ells explained that 99% of mobile users in Tanzania and Uganda can now top up with ETN and 97.8% in Nigeria. He went on to say there are nearly 25 million mobile subscribers in Uganda, 43.4 million in Tanzania, and 198.4 million in Nigeria.

These three countries have a combined population of just over 300 million. As in Brazil, South Africa, and Turkey, Electroneum has secured mobile top-ups via third party data and airtime providers.

Electroneum is the only cryptocurrency start-up that enables its users to top up their mobile phones directly through their mobile app at a tap of a button. The mobile top up service has proven significantly successful in the first three countries where Electroneum has launched top ups, which is why the expansion to more countries is expected to continue.

As an example of the viral success, Ells revealed that last month in Brazil alone, nearly US$30,000 worth of ETN top ups were reported.

The three new African countries pose a unique opportunity for Electroneum as its main objective is to help eradicate financial exclusion through smartphone mobile apps. Currently, there are nearly 60 million smartphones in use across Uganda, Tanzania, and Nigeria. That number is expected to increase by at least 300% by 2025. As of 2018, there were about 35 million smartphone subscribers in Nigeria, 17 million in Uganda, and 7.5 million in Tanzania.

The GSMA (a trade body that represents the interests of mobile network operators globally) estimates that in 2020, mobile phone subscribers will increase to 725 million. By 2025, 70% of all mobile phone users in the region will have smartphones.

The three nations’ populations are amongst the highest in terms of unbanked people, while in Nigeria, 60% of adults do not have a bank account. In Uganda, about 77% are financially excluded, while Tanzania tops the list with 81%, according to World Bank statistics.

Because of this, mobile financial services accounts have had considerable penetration. Some 90 million Nigerians use their mobile devices to access mobile digital financial accounts. In Tanzania and Uganda, there are circa 23 million mobile accounts in each country.

Why Africa represents a huge opportunity?

The African continent represents a huge opportunity for Electroneum as it is the second largest in the world and its economy is gradually recovering from years of runaway inflation. The 54 African countries have a combined population of more than 1.3 billion. The average age of the African community is 19.4 years, which means the region, according to a United Nations report, has an excellent chance to benefit from significant economic development within the next decade. The middle of Africa is the youngest region in the world, as its global share of people younger than 15 years of age is 46%, according to PRB.

Youths stand to benefit from ETN rewards and the full launch in Q1 of 2020 of their global AnyTasks freelancer and TaskSchool free e-learning platforms because 70% of the youth in the Sub-Saharan African region are unemployed. The younger generations are the most tech-savvy and open to change, which means they will likely embrace this chance to access the global digital economy with a smartphone or a laptop.

Cryptocurrency use is on the rise in the region, according to an Investopedia article. “The surge in popularity of cryptocurrencies spurred the opening of at least 15 trading venues there in 2017 alone,” it adds. Crypto exchange Luno estimates it will reach one billion customers by 2025, the article states.

The United Nations stated that the improving economic conditions have provided an ideal environment to foster crypto markets in Africa, wrote the Cointelegraph. Electroneum is currently a top-four cryptocurrency in terms of the number of registered users with 3.3 million, which is preceded only by Bitcoin, Bitcoin Gold, and Bitcoin Cash, according to information on KuCoin Blog.

As Electroneum continues to add value to its end users, and as merchants that accept ETN payments around the world continue to increase, more corporations and international organizations are also showing greater interest in the UK-based cryptocurrency.